Using a Buddhist lens to examine the morality of Lendahand 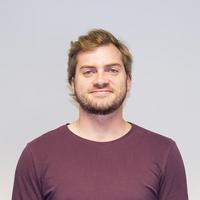 In Buddhism there are no Ten Commandments. No simple list of dos and don’ts that ensure you are “right”. Instead, you are encouraged to examine the morality of each decision itself, based on its own context and consequences.

This is the core tenet central to Buddhism called “Right action”. Essentially, this concept focuses on acting in a truly moral way without focusing on the simple dualities of “right and wrong” that we usually rely on.

“Real moral responsibility lies in being awake in each moment. This necessarily leaves hard and fast rules behind.

For example, suppose you're harboring a family of Jews in your attic when two Gestapo officers come to your door. They ask you the whereabouts of the family. Do you say they're in your attic? In these circumstances, the wisest and most compassionate course of action will very likely be to lie. Yet if you felt compelled to follow an absolute rule, "Thou shalt not lie", then you'd have to say, "Oh, they're upstairs.”

On the other hand, if you're not bound by a rule, you can tell the Gestapo [that] the family has gone to Ontario to visit relatives. This doesn't mean that lying is generally the thing to do, of course. It means that to be moral you must observe the actual situation as well as your own cast of mind. What is moral is that which is most conducive to waking up.”

We can all relate to this in some way in our lives. Indeed, we’ve all experienced decisions where there seemed to be no right answer, only the least wrong one.

Taking a critical look at Lendahand

At the heart of what we’re trying to do at Lendahand is facilitate the flow of money from Europe, a place of relative economic abundance, into (economically) developing countries so that they too can prosper. Without flying across the globe and supporting entrepreneurs by buying their goods or services, you, our crowd, can provide financial support by investing in their businesses.

Where it starts to get morally tricky, for lack of a better word, is the part where we charge them interest rates. We’re helping people in these countries to improve their lives and economies, but we’re not doing it for free. We’re profiting from it.

Not inherently, but let’s briefly examine the context of why the question would even be asked in the first place.

If I came to your house, beat you up, stole all of your valuable possessions, and then sold them to someone else, I would have money, and you would have nothing to sell to get more.

If I did that to other people besides just you, eventually I would have quite a lot of extra money.

Now let’s imagine I come back to you a while later and say, “Hey, I notice you have no money. Would you like to borrow some from me? Don’t worry, I’ll only charge you a modest interest rate.”

This doesn’t seem fair, does it?

Admittedly, this is a huge oversimplification of the global order, but I think we can all agree that through colonialism, slavery, government overthrows, and backroom deals between intelligence agenices, the global commercial order has been far from an even playing field for as long as it has existed.

We have to dip our toes into Buddhism and aim for “Right action.” We have to make our own judgments of morality when the case calls for it, instead of choosing a static and rigid view that we cling to to feel good about ourselves.

Keeping up with the times

When Lendahand funded our first project in 2014, few would have questioned the morality of our concept. But it’s 2022, and much has changed in the past 8 years. The world has become much more progressive.

One simple reason why we charge interest rates is because it leads to more investment in the future. People will invest much more when they’re getting a return on it, rather than just a donation where they will never see the money again.

We also know that in order to survive as a company we need to make money. Many companies and organizations trying to do good things have died once the free grant money ran out.

Do either of these things make charging interest rates right? I think we’re starting to see that asking the question of “right or wrong” is not actually very helpful to us in this situation.

Villainizing everyone who happens to come from a country that once held colonies is not “right action” either. Most of us who have grown up in “Western” countries grew up with these economic systems in place. We didn’t invent them. We were born into them and are trying to make our way the best we can.

Finding your own path

As you learn and grow as a human, you start to realize more and more of the reasons why the world is not fair. And many of us decide to try and find something within our power that we can do about it.

For many people, Lendahand is a tool they can use to put their money somewhere it will make a positive difference. Is it perfect? Of course not. But it works for them.

It allows people who need to take care of their financial future a place to invest that fits with their morals. People who can’t afford to make huge donations to attempt to right the wrongs of the past, but still want to invest their money with a higher motivation than just mindlessly seeking profit.

We can’t be prisoners of the past while we look to build the equitable systems of the future.

It’s up to each of us as individuals to figure out what fits with our consciences.

Do you have alternatives where you could make more of an impact on economies in developing countries? Are there other ways you could help without earning money? Is earning money from doing good inherently bad?

All of these questions will have to be answered by each individual as they determine their own right action in their life.

Even with the rapidly changing landscape of both society and the financial world, I’m proud of the work we do at Lendahand. I’m excited by the potential it has to do even more good.

Our CEO Koen The always says that the ideal future for Lendahand is that there’s no more poverty in the world, and we’re no longer needed as a company. Indeed, if the world gets its act together and solves the global problems of poverty and inequality in ways that don’t involve charging anyone interest rates, no one from Lendahand will stand in their way!

The money we’ve graciously received from our funders over the years is because we’re providing a solution different from traditional charity or foreign aid, methods that certainly have their own problems.

We’re committed to something that works for an entirely different crowd of people and will mobilize an even larger pool of money for SMEs. Money coming from retail investors who care about social impact.

Sure we’ll face challenges along the way, and we’ll have to adapt to make sure we’re fulfilling our mission in the best way possible. But the people in this company truly care about being a force for good in the world, and that’s what I believe will ultimately result in our success.